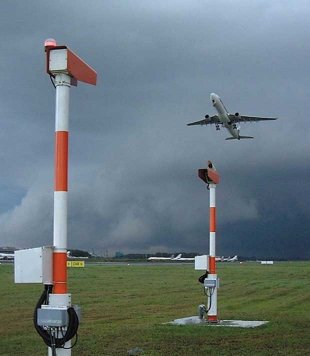 This is the most professional description of Visibility Sensor on the internet in 2022.

Today we’re going to talk about what a visibility sensor is and how is visibility measured in weather?

What Is Visibility Sensor In Weather 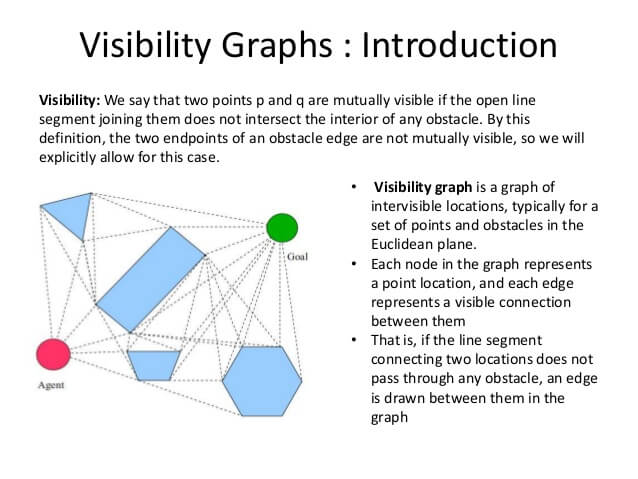 What is visibility in weather?

According to the World Meteorological Organization (WMO) observation guidelines, atmospheric visibility is a physical quantity of atmospheric transparency (or turbidity), which described by distance from the point of view to the target object, which can be seen and identified.

Meteorological Visibility at Day refers to the maximum distance, that a suitable scale black object can be seen and identified , when observed against scattered light background such as fog.

Assuming that the overall illumination increases to the normal daytime level. The latter definition is more in line with the actual operation of night visibility measurement.

The transmission method is to measure the transmittance or extinction coefficient of a long air column (such as transmitter, telephotometer, etc.).

(2) There are two kinds of scattering methods.

Scattering method is to measure the light scattering of a small volume of air. According to the measured scattering angle, it can be divided into forward scatterer, backward scatterer and total scatterer.

Strictly speaking, there is no true total scatterer, but the angle range of its measurement is very wide. Because of its poor measurement accuracy and insensitive response, it is seldom used in practice.

It must be emphasized that the criterion used is to identify the target, not just to see the target.

Here we will show you the principles.

How is visibility measured in weather? 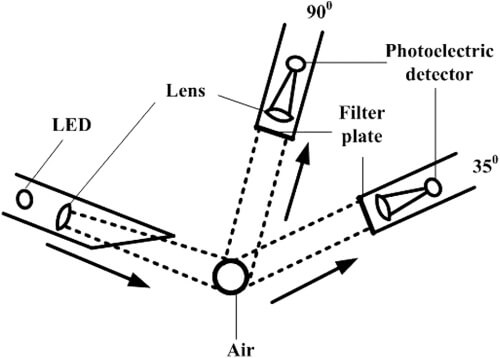 Koschm ieder put forward the basic theory of visibility measurement in 1924. Assuming that the atmosphere is uniform, that is, the horizontal extinction coefficient of the atmosphere is constant, the law of variation of atmospheric transmittance and brightness contrast between the object and the background with distance is Koschm ieder’s law. According to Bouguer Lambert’s law,

That is to say, the basic formula of atmospheric horizontal visibility is derived.

This is the original formula of visibility measurement. It can be seen that the core problem of measuring visibility is how to accurately detect the extinction coefficient of the atmosphere.

In 1876, Allard proposed the law of attenuation of light emitted from a point source of known intensity, thus supplementing the measurement of night visibility and RVR.

The working principle of the Scattering Visibility sensor: The transmitter emits infrared radiation and irradiates the adjacent atmospheric sample, The suspended particles in the sample scatter in all directions against the radiation.

Finally, the visibility is inverted according to the formula.

What  Visibility Sensor Can Measure

Where Can Visibility Sensor Be Used For?

Let’s see which manufacturers of visibility sensors we can choose in 2022.

What Is Visibility Sensor?

What Is The Monitoring Distance of Visibility Sensor?

In fact, the monitoring distance is not the actual distance, but the ideal value calculated by the model.

It refers to the distance values that can be detected under the same meteorological conditions, especially in mountainous areas where the fog is obvious, and the measured values can not represent the actual visibility of the local area.