Road Weather Station will be the new star in ITS(Intelligent Traffic System).

When we drove on the road, the weather was gloomy, light rain, and the ground was slippery.

We knew nothing about the road ahead. But with the advent of the era of big data traffic, all this will be the past. 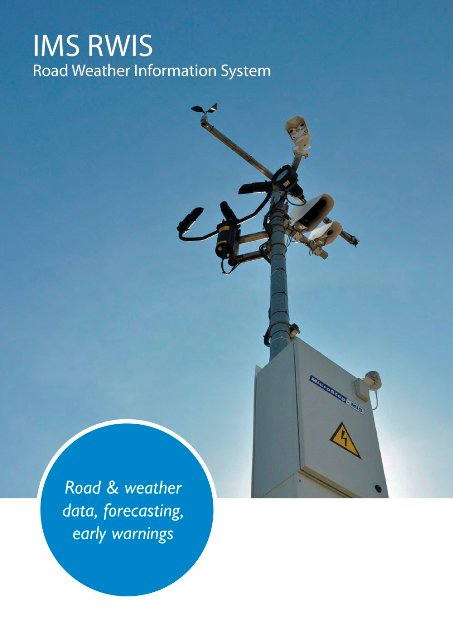 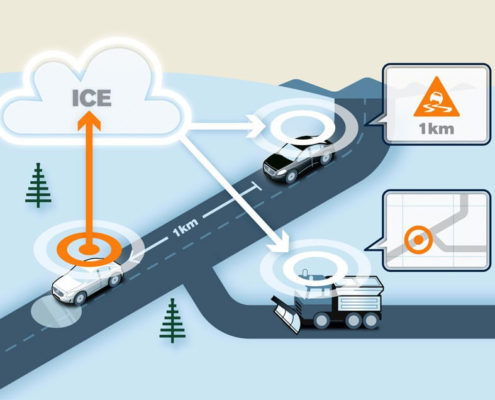 Safety of transportation are closely related to weather.

With the rapid development of transportation, traffic safety accidents are frequent, which brings huge losses to people’s lives and property.

Meteorological influence is one of the main causes of traffic accidents.

According to statistics from the traffic department, nearly 30% of traffic accidents occur under bad weather conditions.

What  Road Weather Station Can Measure 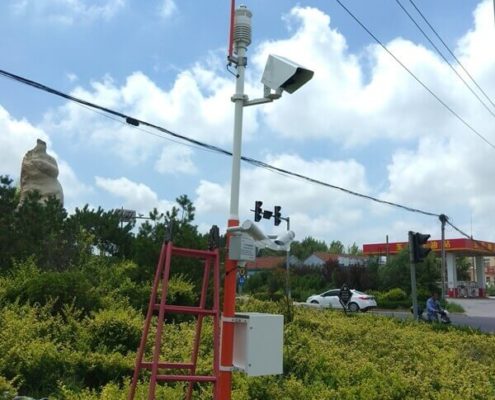 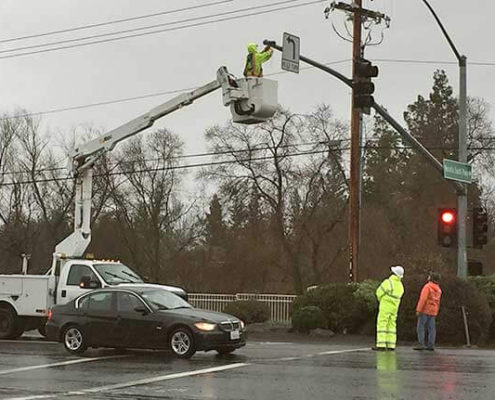 Strong wind, hail and other strong convective weather can also have a greater impact on traffic, the wind can cause serious damage to buildings, traffic facilities, and so on.

When the motor vehicle is overturned by the wind, the ability of the car to drive in the wind and the ability to catch the tires is obviously weakened.

According to the theory of wind pressure, the square of the wind speed is proportional to the wind area. When the body-wide side is subjected to wind, the force is the largest.

The wind speed is above 12m/s, the steering wheel is easy to malfunction and should slow down slowly.

The critical wind speed of the highway accident is often 15m/s, the corresponding gust can reach 22m/s.

If it is accompanied by rain, the car is more difficult to control. 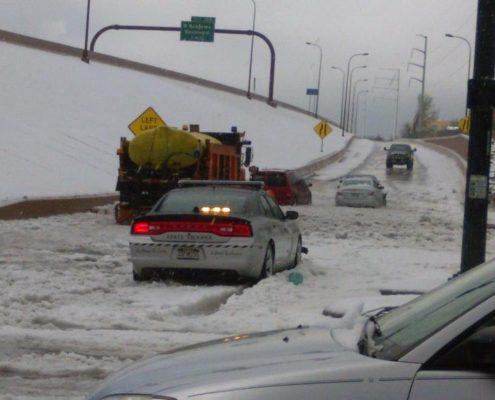 The influence of Flood on Traffic

The wind can cause harm to the railway, bridge, communication and electric power facilities, blow down the road tree, block the traffic, wind up the roadbed, and blow the sand to reduce the visibility.

The influence of wind on the water traffic is especially obvious, especially in the open area of water.

The ship is not too late to enter the shelter area and often causes the ships to be blown by the wind and so on.

Hail can also cause damage to motor vehicles and road traffic facilities, but often hail has a smaller range, short impact time and less influence on traffic than other weather phenomena.

Thunderstorms also threaten the safety of transportation facilities, bridges and so on. 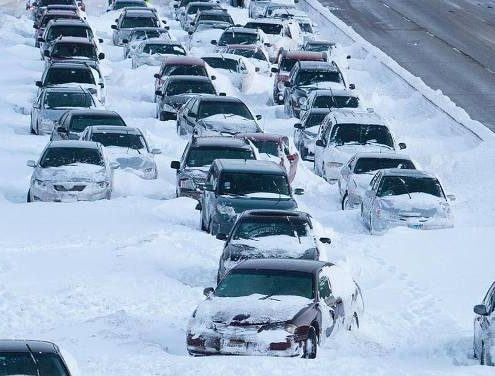 The influence of Ice on Traffic

The phenomenon of frost and snow caused by low temperature directly affects the friction coefficient of pavement.

Road icing and snow will greatly reduce the friction coefficient of the road, and the safe braking distance of the vehicle will also increase correspondingly.

Due to the rapid cooling of the bridge or the draught section, the road is easy to freeze. It is easy to cause traffic accidents when the motor vehicle passes through these roads on the normal road.

Snow, avalanche, snow and other snow damage to railway traffic is also very important, visibility reduced, driving speed, train late, and even cause subversion of the train. 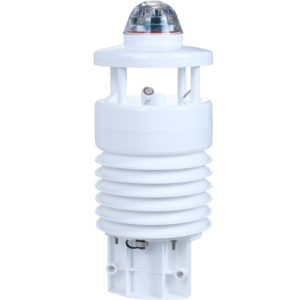 The low road visibility weather often causes the congestion and sealing of the highway, which leads to the interruption of traffic and transportation.

Due to the networking of highways, the closure of some highways often leads to traffic jams and even traffic failures on other roads or small towns.

According to statistics, traffic accidents caused by the influence of heavy fog on the expressway account for about 1/4 of the total number of accidents, and the accident rate of freeway in fog is 10 times as high as usual. 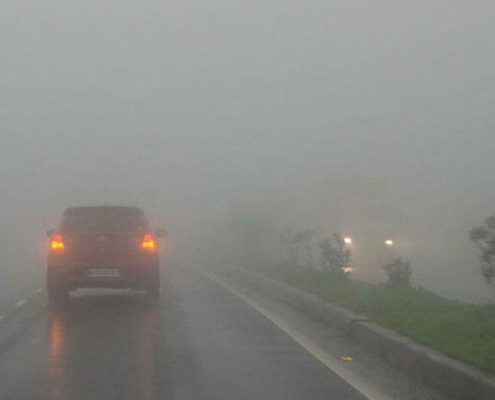 The influence of Fog on Traffic

Therefore, the “thick fog” is the “killer” of the expressway.

For trains, trains will have 800m gliding distances from braking to stop, so it is very easy to have accidents in the fog without slowing down.

Low road visibility has a great impact on water transportation.

When visibility is less than 1500m, ships will be affected and many ports are forced to do so. 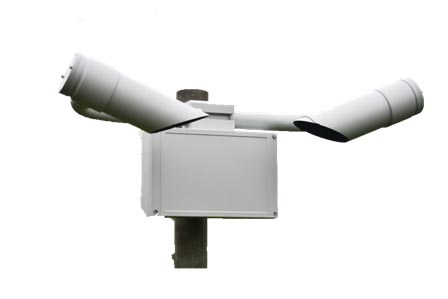 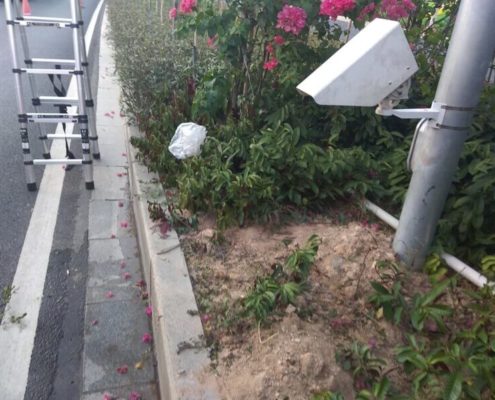 At low temperature and rainy weather, the ground is slippery and easy to freeze, which will cause a huge safety hazard to traffic, and a non-contact surface condition road sensor can be used to monitor the road information in real time. 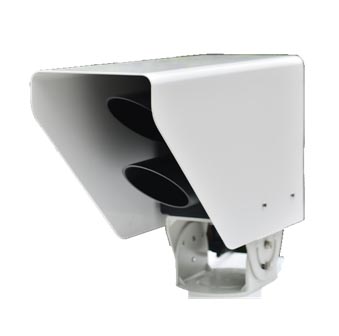 The DC power supply based on solar power supply is mainly designed for the inconvenient areas, such as unmanned areas, cities, pastures, and isolated islands, which provide communication.

Mainly through solar energy through the special solar charger to control the battery charging.

Note: in rainy areas, solar and battery capacity should be increased, and colloid batteries should be used in high and cold areas.


The main consideration is to use the cable Lan network or optical fiber to carry out data transmission.

If the site does not have the wiring environment, GPRS or CDMA wireless communication can be used, without the need for the construction of hardware facilities, but the problem of effective coverage of the GPRS or CDMA communication signals should be considered.

An intelligent communication server is used in the traffic weather information monitoring station.

It can realize the GPRS, SMS and GSM intelligent complementary communication. It can achieve high reliable data transmission and two-way communication.

At the same time, it realizes the monitoring and maintenance of the remote sub station. Through the combination of GPRS, SMS and GSM, we can achieve two-way reliable communication between the central station and the observation stations.

The intelligent communication server is a wireless communication transmission based on INTERNET, which realizes real-time data, timing data, system information, test signal and so on.

It can be monitored and maintained through the weather information monitoring center station.

It has the characteristics of high integration, strong function, low power consumption and strong anti-interference ability. 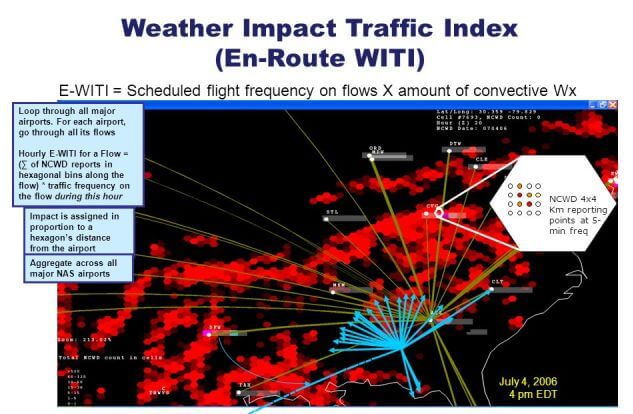 It can extend the application monitoring function of other ground detection system, the data application analysis module developed by users, and get first-hand weather information data. 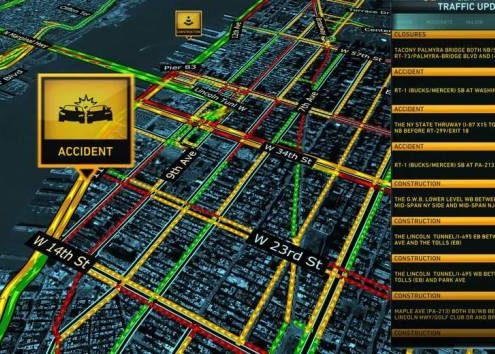 In order to provide better traffic weather services, the system design fully considers the local climate characteristics and the meteorological requirements, and takes full consideration of the future development.

The software architecture combined C/S and B/S structure, based on the GIS geographic information system, is used to build a complete set of comprehensive Expressway meteorological monitoring system.

Where Can Road Weather Stations Be Used

How To Buy Road Weather Stations