In human civilization, the concept of wind has been explored in mythology, influenced the events of history.

Hot air balloons use the wind to take short trips, Wind powers the voyages of sailing ships across Earth’s oceans.

In today’s guide, you’re going to learn everything you need to know about different kinds of anemometers. It will certainly increase your awareness of anemometers in 2022. 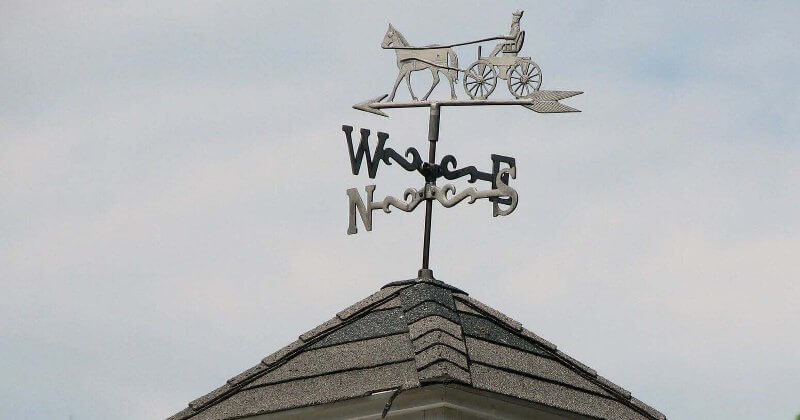 Wind direction is usually expressed in terms of the direction from which it originates.

An anemometer or windmeter is a device used for measuring wind speed, and is a common weather station instrument. The term is derived from the Greek word anemos, meaning wind, and is used to describe any air speed measurement instrument used in meteorology or aerodynamics. 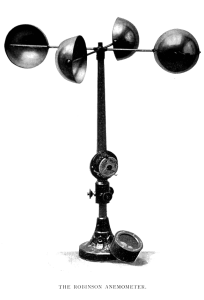 The first known description of an anemometer was given by Leon Battista Alberti around 1450.

The anemometer has changed little since its development in the 15th century. Leon Battista Alberti is said to have invented the first mechanical wind speed meter around 1450.

In following centuries, numerous others, including Robert Hooke and the Mayans, developed their own versions, with some being mistakenly credited as the inventor.

In 1846, John Thomas Romney Robinson improved upon the design by using four hemispherical cups and mechanical wheels. Later, in 1926, John Patterson developed a three cup anemometer, which was improved by Brevoort and Joiner in 1935.

In 1991, Derek Weston added the ability to detect wind direction. Most recently, in 1994, Dr. Andrews Pflitsch developed the ultrasonic anemometer.

According to different detection methods, wind direction and speed sensors can be divided into the following types:

Usually the main body of the wind direction sensor adopts the mechanical structure of the wind vane.

In order to maintain the sensitivity to direction, different internal mechanisms are used to identify the direction of the wind speed sensor. Usually there are three categories:

The following advantages and disadvantages represent only conventional applications

The installation is complex and needs to be calibrated separately../br> 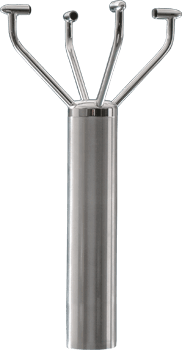 Can be used under freezing conditions (heating).

Electromagnetic interference from outside to ultrasonic probe.

It is challenging to deal with storms over 60 m/s.

There are many shortcomings such as large error in high wind speed area, dead zone in measuring around four wind axes and so on..

In the field of meteorology, Anemometer is usually necessary to observe many natural phenomena, such as changes in wind speed and weather, and of course, changes in wind direction.

For the measurement of wind direction, the problem is basically solved by using wind direction meter or wind direction sensor equipment. We can find specific wind sensor observation guidelines on the official website of the World Meteorological Organization. 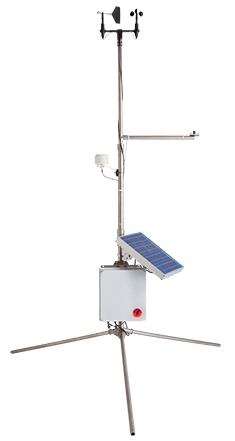 In the work of sand control in desert and plateau areas, people usually need to pay attention to the change of velocity and direction of airflow, so that more meteorological data can be obtained.

So the wind direction sensor is used in the whole process. 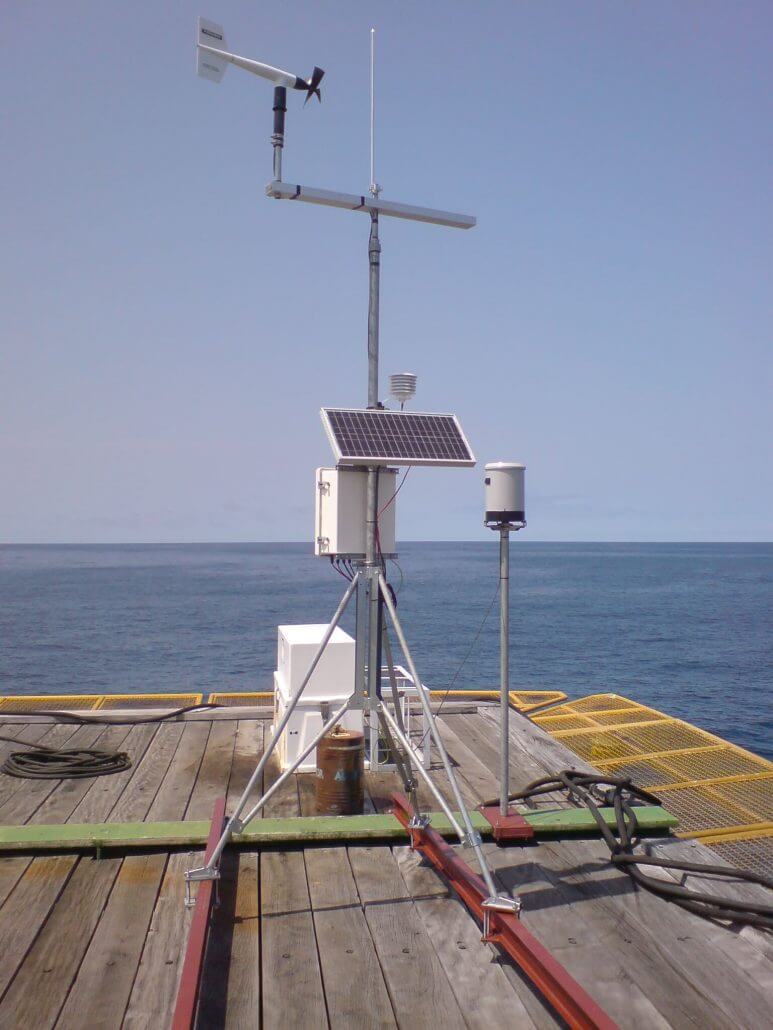 It provides wind direction change data for the marine meteorological early warning system, and is one of the important parameters for predicting the typhoon coverage and “operation” trajectory.

2. Anemometer Application in Coal Mine

The ventilation equipments installed in the mine often have different models and different working power.

Therefore, it is necessary to use the wind speed sensor to monitor the wind speed values of each ventilation, which is duct to prevent the phenomenon of excessive concentration of harmful gases due to the low ventilation rate at a certain location.

In fact, there is another main reason for the need to install wind speed sensors in tunneling face, that is, harmful gases such as methane, carbon monoxide, and so on in coal mine, gas usually appears most likely from the tunneling face.

so it is necessary to install wind speed sensors in every position of coal mine, Connect the ventilation equipment.

In order to make better use of wind resources in modern large-scale wind turbines, the control of impeller direction is usually done not by the tail wing, but by the wind direction sensor.

Usually, the wind direction sensor needs to be installed on the top of the wind turbine, but it needs to prevent impeller from impeding the sensor to measure if the height of the sensor reaches a certain level.

At the same time, people also need to pay attention to the lightning protection and leakage protection of generator units and sensors.

Usually, the wind direction sensors installed near the wind field have the following two main uses:

1. Guarantee that the blades of wind turbines can be positively directed against the wind in real time to ensure that the facts are working normally.

2. The wind direction measuring instrument on the meteorological station equipment near the wind farm can ensure that the gale weather does not pose a threat to the wind turbine. 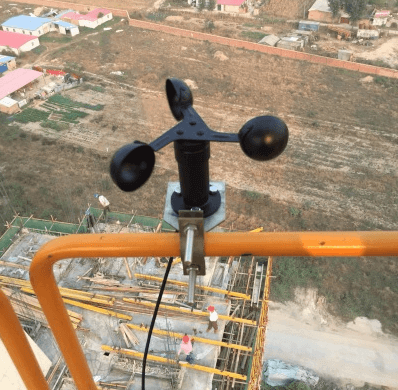 So almost all cranes have used anemometer .

VAV terminal device is one of the main equipment of VAV air conditioning system.

Anemometer is also the key component of VAV terminal device. Therefore, the type and performance of anemometer directly affect the quality of detection and control of system air volume. 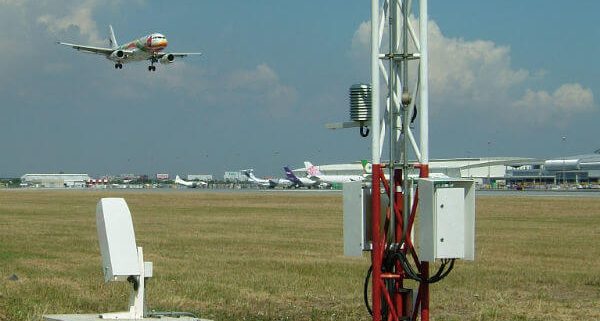 Airspeed tube on aircraft is a typical pitot tube anemometer, which is an extremely important measuring tool on aircraft.

Its installation position must be in the area outside the aircraft where airflow is less affected by the aircraft, generally in front of the nose, vertical tail or wing tip.

When the aircraft is flying forward, the airflow rushes into the airspeed tube, and the sensor at the end of the tube will feel the impact force of the airflow, i.e. the dynamic pressure.

The tool for comparing the two pressures is a hollow circular box with corrugated surface made of two thin pieces of metal, called a diaphragm box.

The static pressure measured by the airspeed tube can also be used as the calculation parameters of the altimeter.

If the diaphragm box is completely sealed, the pressure inside will always be equal to the pressure of air on the ground.

This altimeter is called a barometric altimeter.

The speed measured by the airspeed tube is not the real speed of the aircraft relative to the ground, but the speed relative to the atmosphere, so it is called airspeed.

Wind shear is very harmful to aviation flight. In the process of takeoff and landing, due to the low flying speed, resulting in sudden changes in attitude and altitude of the aircraft. 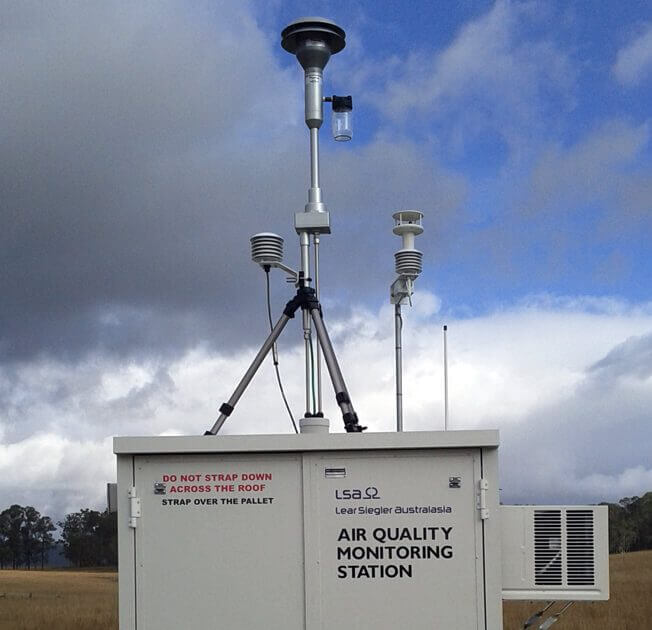 At present, PM2.5 particulate matter pollution caused by site dust is obvious all over the world.

Through wind speed and direction sensor, the flow direction of particulate matter pollutants can be tracked effectively, so as to effectively control its pollution diffusion.

In some development zones or chemical parks, the impact of harmful gas leakage is particularly significant. Anemometers can help to detect the spread of pollution sources.

Let us help you choose the best anemometer in 2022.

What Is Wind Sensor?

Wind sensor is an instrument that detects wind direction and speed through different technical principles.

1. Various principles, models and prices of wind measuring instruments should be selected according to the application scenarios.

2 If the scene needs, not only wind measurement, but also other meteorological elements, it is best to combine them.

3 Must consider whether need to maintain, this is an important indicator, but also the consideration of comprehensive cost.

If you don’t know how to choose a suitable anemometer, please contact us. There’s always one for you.